The European Tour and DP World have announced a ground-breaking evolution to their long-term partnership, with DP World becoming the new title sponsor of the group’s main tour from the start of the 2022 season.

The agreement heralds a new era in the history of the European Tour, which, along with DP World, will celebrate its 50th anniversary in 2022, the first season of the newly named DP World Tour. The European Tour will keep its name as an overarching corporate entity only.

The new-look DP World Tour will see total prize money break through the $200 million mark for the first time (including WGC events and Major championships) with a new minimum prize fund of $2 million for all tournaments solely sanctioned by the DP World Tour.

For the first time, it will also feature three tournaments co-sanctioned with the PGA TOUR – the aforementioned Genesis Scottish Open, as well as the Barbasol Championship and the Barracuda Championship taking place in the United States.

DP World’s association with the European Tour spans more than a decade, first becoming a presenting partner of the European Tour’s Race to Dubai finale at Jumeirah Golf Estates in its inaugural year in 2009 before the Rolex Series event was renamed the DP World Tour Championship in 2012. It was in this year that DP World became the tournament’s title partner.

DP World then became an Official Partner of the European Tour in 2015, and they will now become the Official Title Partner of the Tour from the start of the 2022 season, which begins with the Joburg Open in South Africa, from November 22-25. 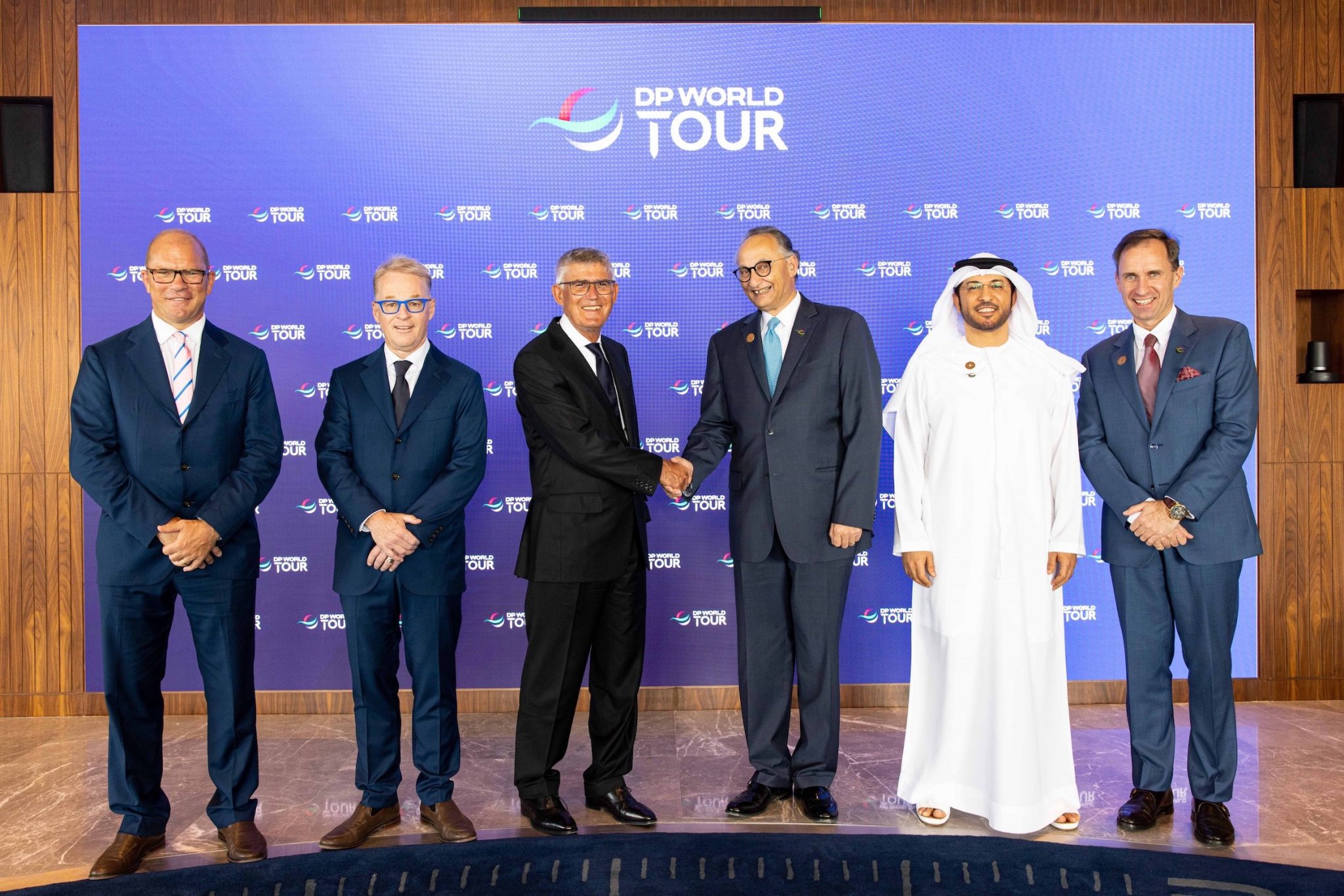 Keith Pelley, Chief Executive of the European Tour group, said: “Today’s announcement is undoubtedly a momentous one in the proud history of our Tour. The launch of the DP World Tour in 2022, coinciding with both of our 50th anniversaries, will herald a new era in global golf, and crucially it will benefit everybody involved – all our players, caddies, fans, and partners – as well as making an important contribution to wider society.

“The entire ecosystem of our Tour will be strengthened because of this hugely significant deal, and that was essential to us and to DP World, who have been an incredible supporter of our Tour as well as golf more widely, from grassroots through to the elite professional game. The DP World Tour is, therefore, a natural evolution of our decade-long partnership, and the presence of ‘World’ in our new title better reflects our global reach.”

Sultan Ahmed bin Sulayem, Group Chairman and CEO of DP World, said: “DP World has been a partner of the European Tour for over a decade. Our long-standing partnership has provided an excellent platform to engage with customers, prospects, and stakeholders, and build our brand. We have relished the opportunity to support the Tour in growing the game of golf and improving access to the sport at all levels. The key to this success has been and will continue to be the shared vision and values that underpin the partnership.

“We both have a global mindset, are committed to inclusivity, and invest in new technologies to stay competitive – attributes which today become the fundamental principles of the DP World Tour. As the leading provider of smart logistics solutions worldwide, we will use our people, assets, and connectivity to help grow the Tour further and change what’s possible in golf.”

Jay Monahan, Commissioner of the PGA TOUR and Board Member of the European Tour, added; “Thanks to the support of long-standing partner DP World, today’s announcement significantly elevates the European Tour on a global basis. We are excited for the continued growth and evolution of the European Tour, as well as the momentum this provides toward our Strategic Alliance. I’ve said before that our respective Tours are positioned to grow – together – over the next 10 years faster than we ever have at any point in our existence, and today’s announcement is another point of proof in those efforts.”