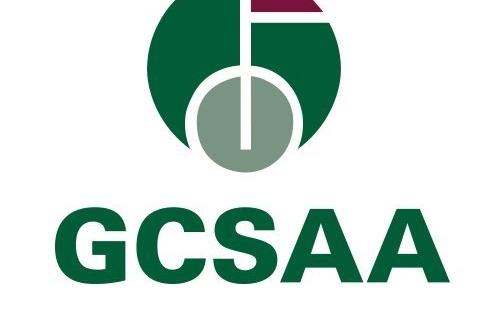 The Golf Course Superintendents Association of America (GCSAA) is celebrating 95 years as one of the most important organisations in golf.

Morley, who was a vegetable grower and greenkeeper at Youngstown (Ohio) Country Club, would hardly recognise the organisation he formed.

First known as the National Association of Greenkeepers of America, the group started with 60 greenkeepers coming together on September 13, 1926, at Sylvania Country Club in Toledo, Ohio, to share ideas. Today, the GCSAA has nearly 19,000 members from 78 countries who manage all aspects of golf course management and play a vital role in the enjoyment of golf.

Members have often been called the game’s unsung heroes, but the late Arnold Palmer recognised their true significance to the game.

“The Golf Course Superintendents Association of America and all golf course superintendents are probably the most important entity that we have in golf,” said Palmer, whose father, Deacon, and younger brother, Jerry, were both superintendents at Latrobe Country Club.

“The conditions and the golf course’s beauty, the environment, the wetlands, everything depends on their perseverance and their knowledge and the work they do to maintain the golf courses,” added Palmer.

Morley, who was commissioned as an honorary Colonel by the Governor of Kentucky, served as the Association’s first President. He was dedicated to advancing the profession, visiting more than 200 golf courses to help build support for the new organisation.

He was recognised by famed architect Donald Ross, who wrote to congratulate Morley on his efforts.

“I congratulate you on your work as a greenkeeper of outstanding ability, and with leaders of your type, an association would unquestionably be a great success, not only from the standpoint of the members, but also from the clubs who employ them,” wrote Ross in October 1926.

The modern American golf industry has grown to include roughly 15,000 golf courses and two million employees, who annually are responsible for US$84 billion in economic impact and contribute US$4 billion to charitable causes.

“Our members are proud of their long history of impacting the evolution and enjoyment of the game,” said GCSAA CEO Rhett Evans.

“As we near our century mark, superintendents are providing great playing conditions while engaging in best management practices that embrace environmental stewardship, which ensures the future of the game for generations to come,” added Evans.

The GCSAA will celebrate its 100th anniversary in 2026, and planning for the centenary celebration has already begun.

In its 95 years, the GCSAA has elected 85 Presidents, who each serve one-year terms, and appointed eight Chief Executive Officers. Evans oversees a staff of 80 from association headquarters in Lawrence, Kansas.

Among the employees are nine field staff representatives who are heavily engaged with 98 local chapters across North America and the Caribbean.

ZOZO Championship to Go Ahead in Japan