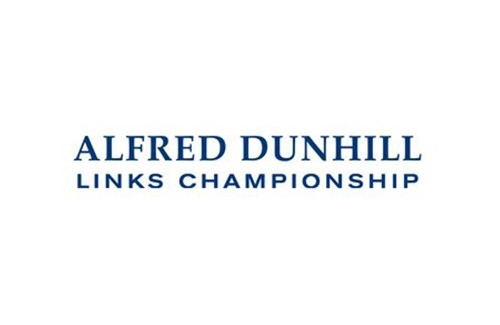 World-famous music stars, past and present, are among the amateur golf celebrities confirmed for this year’s 20th Anniversary Alfred Dunhill Links Championship.

The Alfred Dunhill Links Championship will played on the historic Old Course at St Andrew's, alongside the Championship Course at Carnoustie and 'modern classic', Kingsbarns.

With a prize fund of S$5 million, the Alfred Dunhill Links, which raises substantial funds for charity each year, incorporates two separate competitions – an individual professional tournament for the world’s leading golfers and the Team Championship, in which the pros are paired with amateur players, creating a unique atmosphere and camaraderie.

Joining them, and swapping the film set for three of the greatest Links courses in the world will be actor Greg Kinnear and TV star and entrepreneur Peter Jones from Dragon’s Den and American Inventor.

Ronan Keating said: “It’s the most exciting date in the calendar for amateur golfers. You can’t play alongside Ronaldo if you’re an amateur football player, but you can play next to Lee Westwood or Justin Rose, so it’s a wonderful thing to be part of and to see the best in their games.”

They will be joined by a group of illustrious sportsmen led by Sir Steve Redgrave and Sir Ian Botham. Other cricketers involved are Australia’s Shane Warne and South Africa’s Jacques Kallis.

Five-time Olympic gold medallist rower Sir Steve Redgrave, who coached the Chinese Olympic rowing team in Tokyo, has played in all Alfred Dunhill Links Championships since 2001. He said: “I’ve made the cut three times and quite honoured to have done it. I’ve been out in China and I haven’t been playing much golf so I’ve got a lot of brushing up to do. The pro’s are sometimes in awe of the amateurs, but not for their golfing normally. It’s such a fantastic feeling of being able to be next to the cream of the cream while they’re playing in their competition.”

This year the Championship, which is played over the Old Course St Andrews, Carnoustie and Kingsbarns Golf Links – takes place from September 30 – October 3.

Among the professionals who have confirmed they will play are Tommy Fleetwood, who, has finished runner-up twice and is the current holder of the Team Championship with Ogden Phipps, brilliant young Scot Robert MacIntyre and world No.9 Tony Finau, hoping to deliver the first American victory in the Championship.

Victor Perez, who has held the Alfred Dunhill Links trophy for two years after the 2020 Championship did not take place because of the covid pandemic, will be back to defend. Among the other early entries are 2016 Masters champion Danny Willett another Team Championship winner and Europeans Richard Bland, Sam Horsfield, Andrew ‘Beef’ Johnston, Pablo Larrazabal, Eddie Pepperell and Andy Sullivan. Among a strong South African contingent are Dean Burmester, Erik van Rooyen, Richard Sterne, Brandon Stone and Daniel van Tonder.

The Alfred Dunhill Links has been working closely with the Scottish Government and the European Tour to ensure that it can stage a championship that can capture the excitement and the unique camaraderie of the event while mitigating against any remaining problems caused by the pandemic.

In line with other golf and sports events, the Alfred Dunhill Links has been constantly reviewing how the 2021 Championship can best take place while ensuring the health and comfort
Golf Industry Golf Club Golf Course Events Golf Events Golf