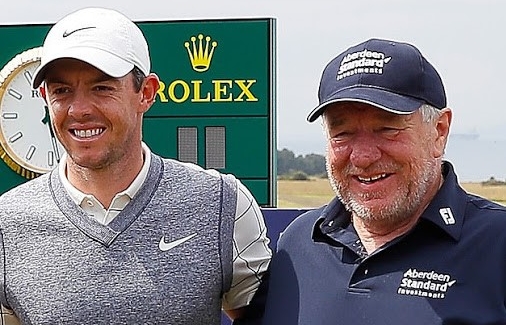 The Scottish Golf Board has declared that the 65-year-old retired CEO of Aberdeen Standard Investments will become chair-elect of the at the AGM in March 2021. This comes after Eleanor Cannon steps down after six years at the helm.

Martin Gilbert has been a long-standing supporter of golf in Scotland. Through his work at Aberdeen Standard Investments, Gilbert has sponsored big-hitting and rising talent across Scotland. Catriona Mathew, Paul Lawrie, and Paul MacIntyre are just a handful of Scottish title-holders that have benefitted from Gilbert’s gift of sponsorship, all swinging their way to Tour victory.

Eleanor Cannon remarked that “the entire board [was] delighted that Martin, whose passion and support for the sport are very widely known, has agreed to take on this role next year.

“His achievements, both in business globally and in his role as the biggest supporter of Scottish Golf over the past two decades, speak for themselves and I am sure his dynamic approach will allow Scottish Golf to flourish. I am extremely pleased that our members and our sport will benefit from Martin’s guidance and undoubted love for golf in the years ahead.”

Martin Gilbert’s comments were equally impassioned: “As many people know, golf has been a lifelong passion of mine and I’m hugely excited to be taking up this role in the Home of Golf. I commend Eleanor and her team for their sterling leadership of the new, amalgamated body since its inception in 2015.

“The strategic direction that has been adopted by Scottish Golf is bold and exciting. I am very much looking forward to progressing this strategy and working closely with the board, the team and the membership in continuing to develop the game, at all levels, in Scotland.”

Maybe the Grass is Greener on the Other Side?